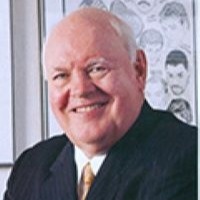 “The disciplines and strategies that I learned in professional boxing and the United States Army have served me well as a wealth manager.”

Randy Neumann is one of the region’s respected independent financial planners, whose uniquely American life story reflects a rare character and determination. Competitive and self-reliant from an early age, the Cliffside Park native worked his way through college as a professional boxer, and not simply as an anonymous journeyman: Randy boxed his way into the elite of the sport, earning a national (6th) —and world (9th) —ranking as a heavyweight by the age of 28. He posts a pro career record of 31 wins and 7 losses.

After graduating from Fairleigh Dickinson University in 1975 and serving a brief stint in the U.S. Army, Randy returned to Cliffside Park. He appeared in numerous television commercials, wrote articles for The New York Times, Harpers, Forbes, Signature and many other publications. At the same time, he started his career in financial services, managing a local branch of the Garden State Bank.

In the 1980s, Randy became a CERTIFIED FINANCIAL PLANNER™ professional and served on the board of directors of the Northern New Jersey chapter of the Financial Planning Association. He also served as an instructor for the National Institute of Finance, where he prepared candidates for the CFP® certification, and wrote a weekly financial planning column for the Hudson Dispatch. At this time, he began refereeing professional boxing at Madison Square Garden.

In the 1990s, Randy founded Randy Neumann & Associates, Inc., a Registered Investment Advisor. He became an instructor at Bergen Community College, teaching seminars on retirement planning, and syndicated his financial planning column to numerous newspapers. Merging his passions, he, with the help of his wife, Kathleen, was the architect of a worldwide pension plan for professional boxers administered by the International Boxing Federation, and he has been inducted into the New Jersey Boxing Hall of Fame.

Today, a financial planner and advisor for more than 40 years, Randy possesses a serene and humble manner, with a straight-talking style of presentation. The qualities that made him a good boxer—discipline and persistence—have defined him ever since. He has a diverse group of clients, but they share a single concern—to enjoy retirement while leaving a legacy to their families.

Randy and Kathleen live in Oakland and have four children and four grandchildren. He continues to play a prominent role in boxing, and has refereed some of the sport’s biggest-name heavyweight fights, including those of Mike Tyson and Evander Holyfield. Currently, he is the Treasurer and a member of the Board of Directors of the International Boxing Federation.

Randy’s proudest accomplishment is preparing his clients for retirement and supporting their efforts to attain and maintain their goals and dreams.